Interesting that it started after the DEMS retook the house in 2018. If there were any investigative journalists left someone would determine whether or not this was part of project fortification.

I distinctly remember some Hollywood crazies tweeting about mail trucks being stolen just before the 2020 election and just like Biden telegraphed (a) US troops in Ukraine, (b) regime change in Russia, and (c) retaliatory strikes against Russia with chemical weapons, the left always telegraphs and projects their intentions (it’s what crazy does).

Beginning in 2018, the United States Postal Inspection Service (USPIS), which constitutes the law enforcement wing of the USPS, instituted what can only be characterized as a sweeping surveillance program targeting American citizens.

(2) Postal Inspectors Have Been Illegally Spying on Americans (Reason)

“Postal agents, the IG reports, ‘stored sensitive information on their work computers and did not document how they used the information to respond to requests for assistance or develop reports. This information frequently contained significant amounts of PII [personal identifiable information] obtained from public sources, such as social media, and from contracted investigative tools that provide detailed background information such as addresses, birthdates, and social security numbers.'”

(1) Intelligence Has ‘Six Ways From Sunday Of Getting Back At You’ (thefederalist.com) (The Federalist)

(1a) Schumer Warns Trump: Intel Community Has Many Ways to ‘Get Back at You’ (YouTube)

Last week, Jen Van Laar at our sister site RedState broke the news that a high-ranking defector had been working for months with the U.S. Defense Intelligence Agency (DIA), unbeknownst to either the FBI or CIA.

(1b) Viacom Stock Is A Bargain Pullback Opportunity (Investing.com) 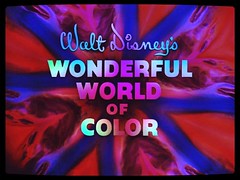 Yesterday was the one-year anniversary of fifteen-days to flatten the curve.

Still drafting a post on Walt and the Walt Disney Co. but Sarah Hoyt linked to this on Chicago Boyz. My own comment on Instapundit related to Deleting Disney:

“I would go to WDW to see traces of Walt’s influence (search ‘Mary Blair’s Grand Canyon Concourse mural in the Contemporary Resort at Walt Disney World’) but most have been erased. Walt would be cancelled in ten minutes to-day because his art often celebrated tradition and history. My guess is ANTIFA and SJWs would topple his audio-animatronic version of Abraham Lincoln from the 64/65 NY World’s Fair. I will NEVER return to WDW (and haven’t watched ABC or ESPN in years). IF you love Walt, read the Gabler tome. Disney wore a Goldwater pin and he knew exactly the kind of threat commies represented when they infiltrated his company and he testified before the House Un-American Activities Committee.”

It’s time for a national boycott of the Walt Disney Co.

Update
I mentioned Walt Disney: Triumph of the American Imagination by Neal Gabler but How to Be Like Walt by Pat Williams with Jim Denney is equally good. The books are very different but read together provide a Circle-Vision 360° view of Walt.

(1) E3 2018: Tetsuya Nomura on If Kingdom Hearts 3 Is the End of Sora’s Story
“One thing fans may hope Kingdom Hearts 3 can deliver on is offering a satisfying wrap-up to the friendships that began the franchise — the trio of Sora, Riku, and Kairi. All will obviously feature in the game, Nomura hopes its depiction of their bonds can offer a realistic sense of how friendships evolve and change over time.” (IGN)

GILLIS: May I say you smell real special.

BETTY: It must be my new shampoo.

GILLIS: That’s no shampoo. It’s more like a pile of freshly laundered handkerchiefs, like a brand new automobile. How old are you anyway?

GILLIS: That’s it – there’s nothing like being twenty-two. Now may I suggest that if we’re ever to finish this story you keep at least two feet away from me…Now back to the typewriter.

My favorite bourbon mentioned in a movie [French Connection II] with my favorite actor [Gene Hackman].

I’d like a…Four Roses,
straight up, and water on the side.

Four Roses, straight up,
and water on the side.

Not sure why, but the movie made me think of this post from Michael Auslin on the SNL 40th Anniversary special.

I didn’t expect to get so nostalgic. The beautiful photomontage set to music showed the cast in their prime, including the first cast sitting in Central Park before becoming famous. That was particularly poignant, full of such hope and in retrospect, such achievement ahead. But seeing how poorly Chevy Chase and Paul Simon have aged, Steve Martin with granddad spectacles as King Tut, even a middle-aged Adam Sandler and David Spade, was another undeniable reminder of time’s march. Maybe because I see them forever young on the videos, I expect them to have remained that way.